Eyes on Main Street and Art Suite are proud to present the work of BA Thomas in the EOMS Goldsboro Street gallery​​​​​​​ in the City of Wilson NC for the month of February.
An oil painter whose work often includes aspects of writing, drawing and collage, BA Thomas holds a BA in studio art and psychology from UNC Wilmington and through her work explores the relationship between space, time and the human experience. Browsing through images of the paintings she’s produced over the past two years feels like peering into a series of private spaces, residential rooms empty and grounded in a reality that quickly comes into question at the recognition of subtle (and intentional) distortions in scale and perspective. In other paintings, Thomas constructs rooms to capture the romanticism of fleeting moments, illustrating routine human movement through the space as ghost-like forms that feel more familiar than haunted. For the artist, it’s all part of a larger inquiry about the spaces we inhabit, a questioning of traditional social constructs, human choice and the movement of objects, the meaning behind possessions, and ultimately, what humans leave behind.
Artist Statement: Joints and Rinds
Interiors narrate the behavior of those who live within them. While the paintings are absent of human form, their presence is spectral. Space and time are characters in each story. In construction of the rooms, the structures and objects are reduced to their simplest forms enabling dialogue among them. Each form is a skeleton masked by joints and skin. The exception is one reflective vessel, its illusory three-dimensional volume amplifying the flatness of all else toward clarity and introspection. Both scale and position of objects are painted in hierarchical order based on each story, often resulting in subtle distortions in perspective. The field of conversation inside the interiors extends to natural and external influence outside the room, while also evoking the psychological space of the people absent within. I seek to question the traditional use of rooms and the functions of objects, transforming spaces into adaptive environments with mysterious social contexts. I construct an X-ray of form and object, and the living spatial decay it activates.​​​​​​​ 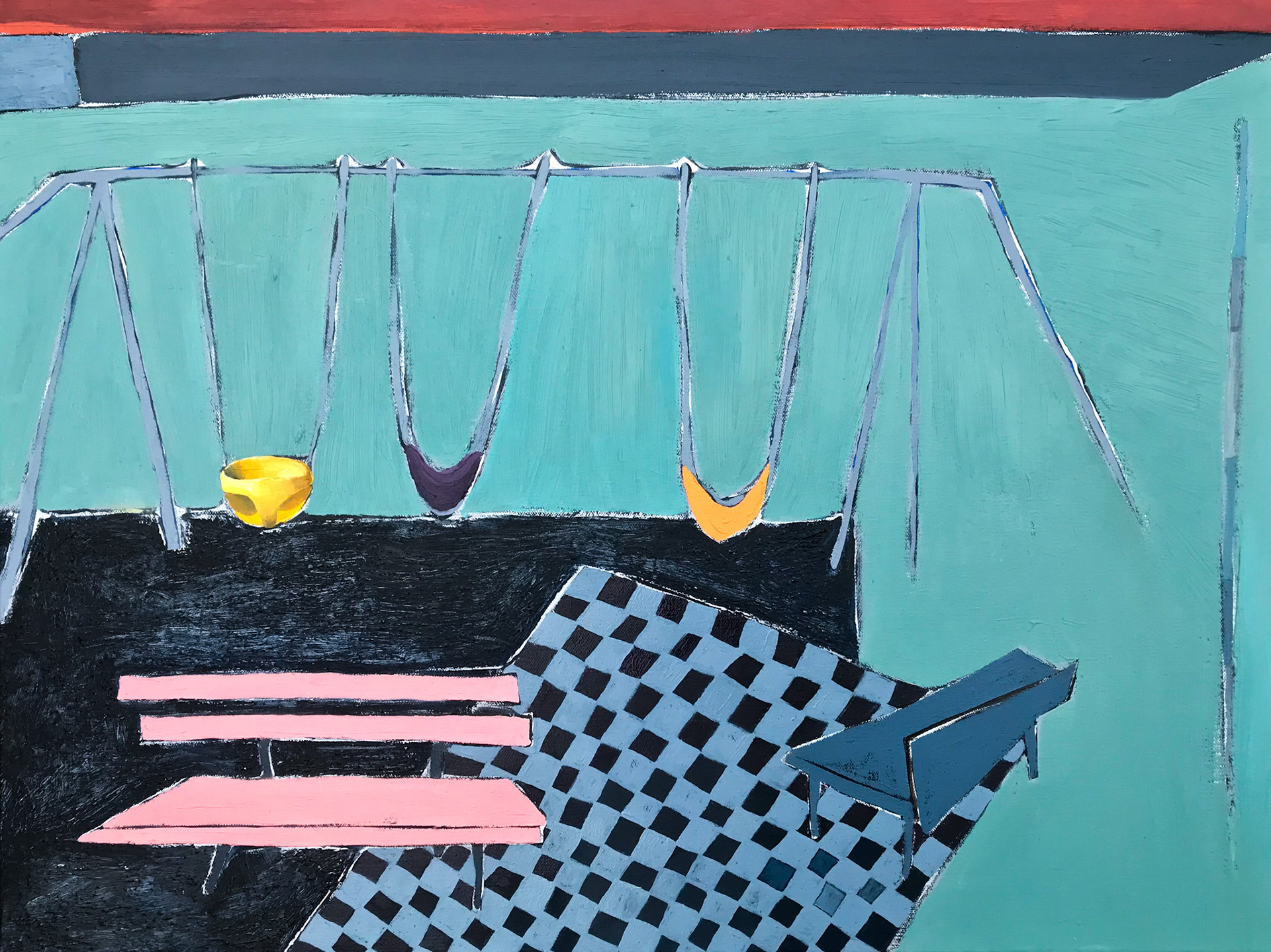 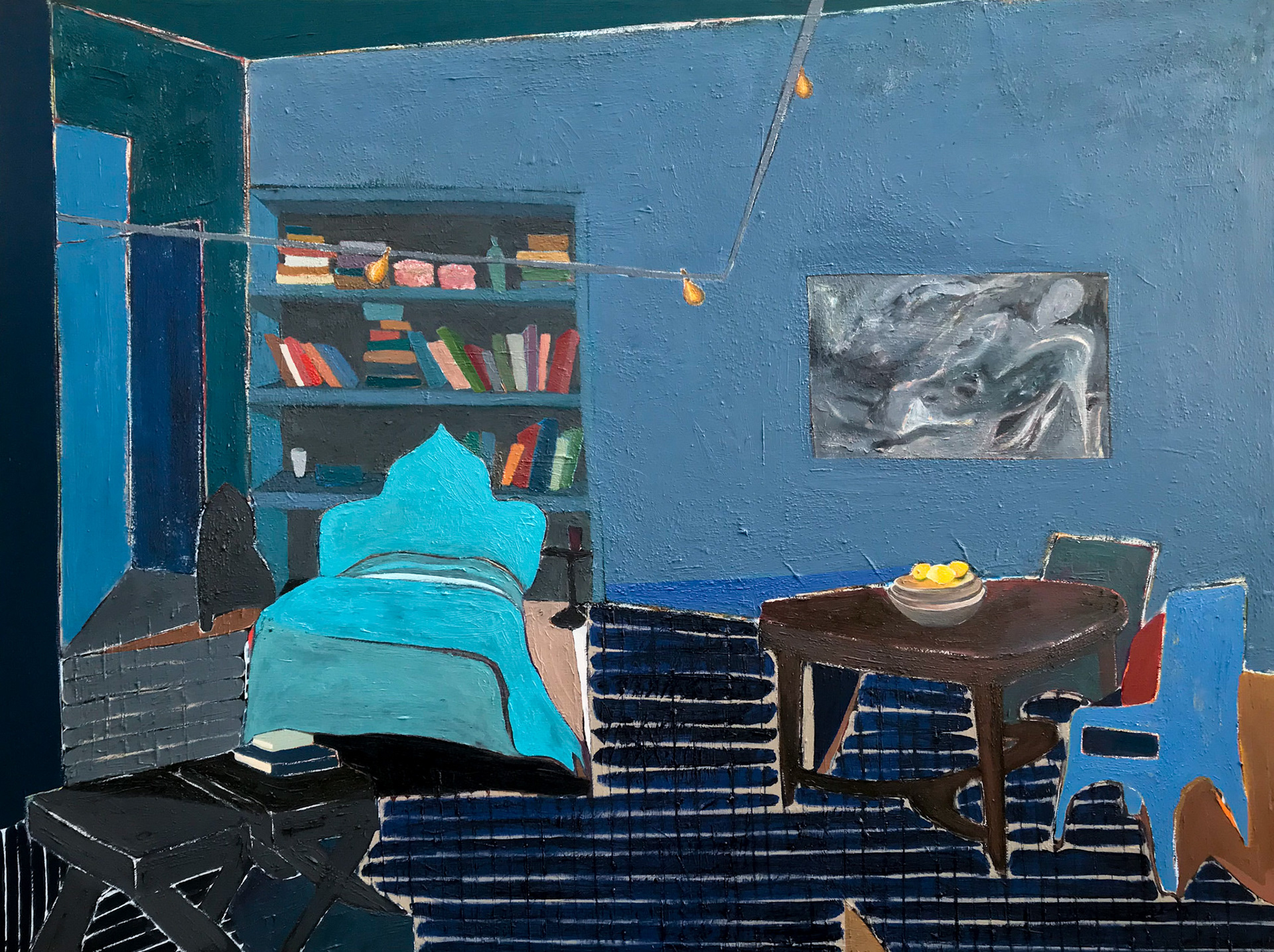 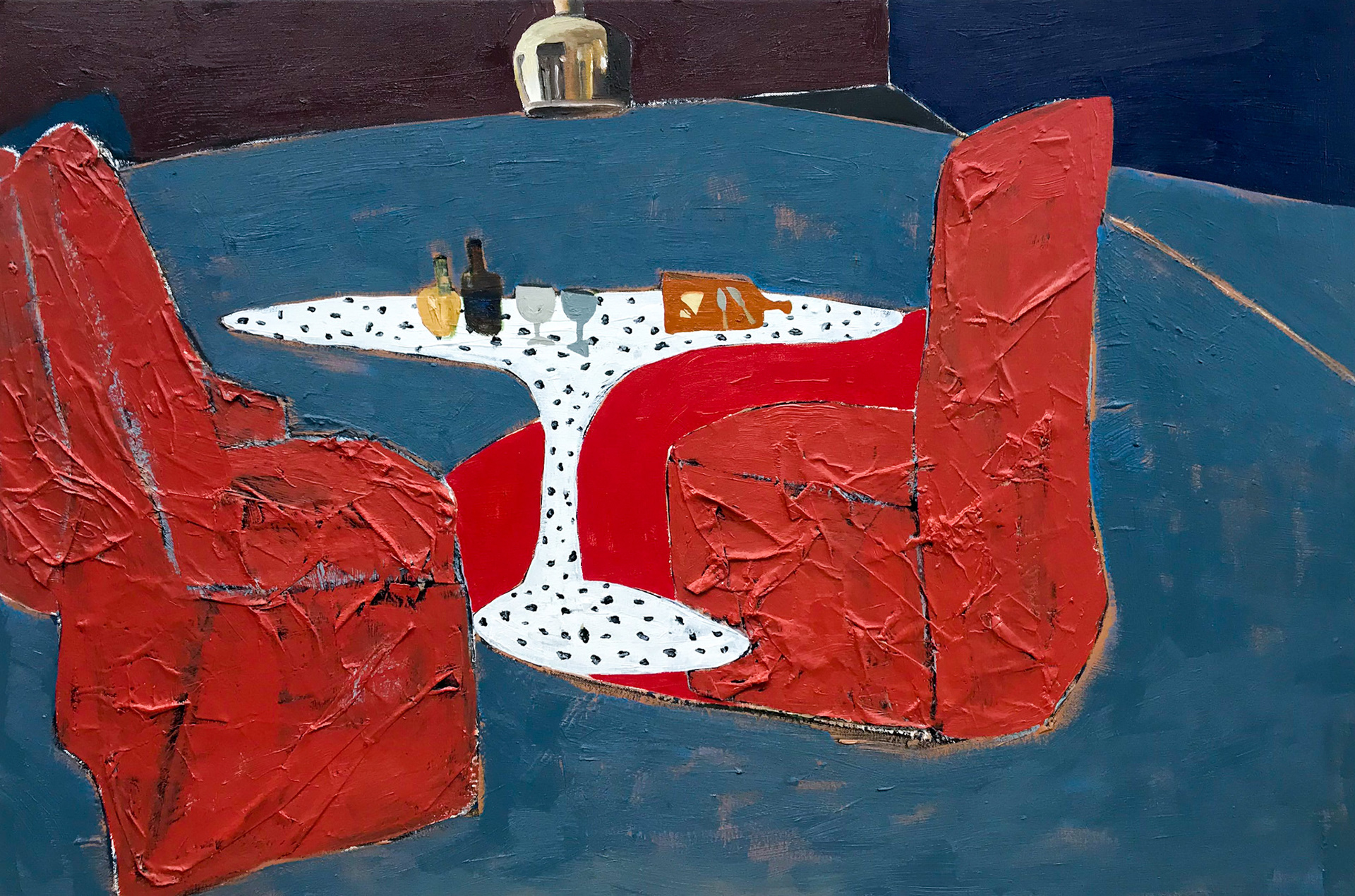 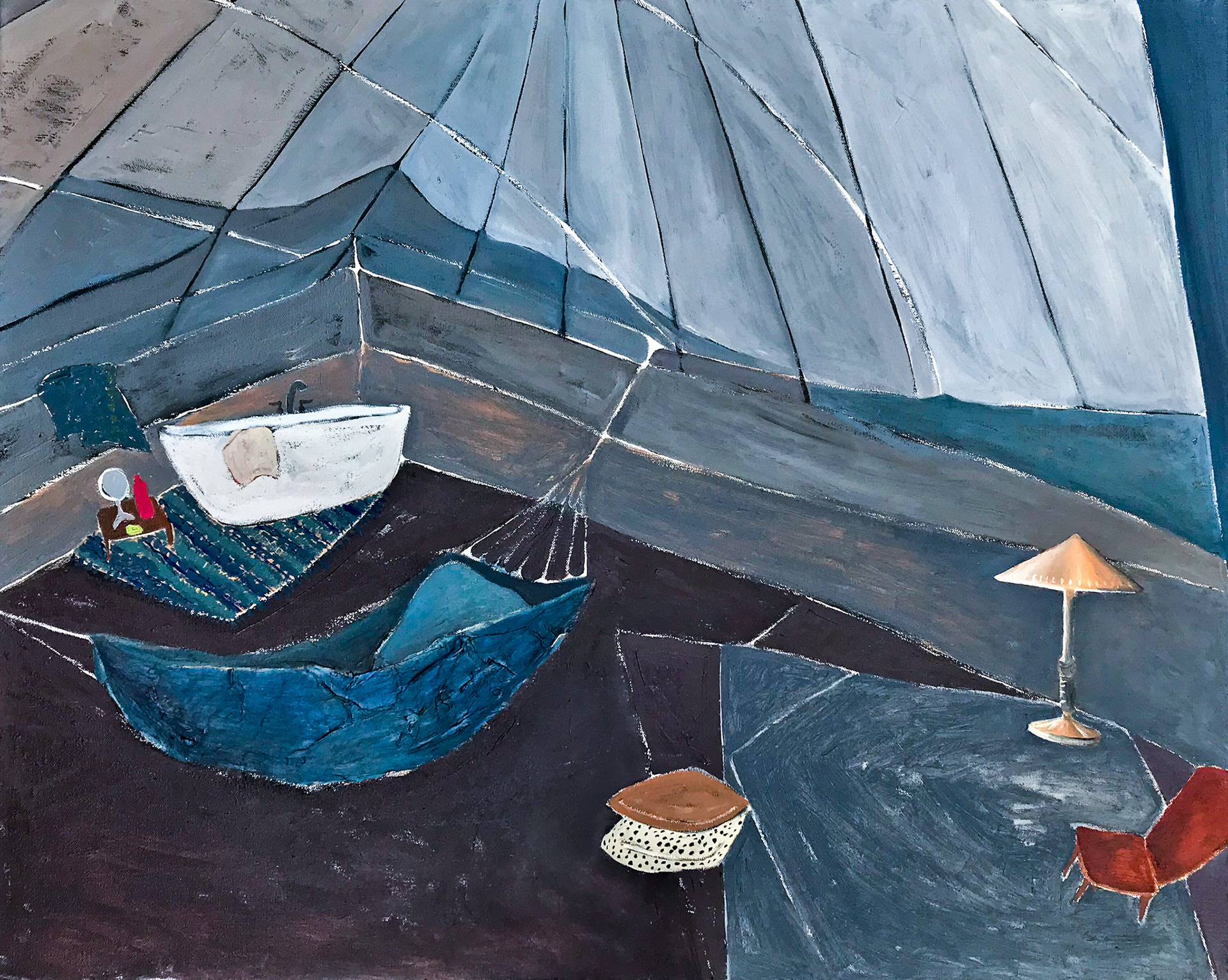 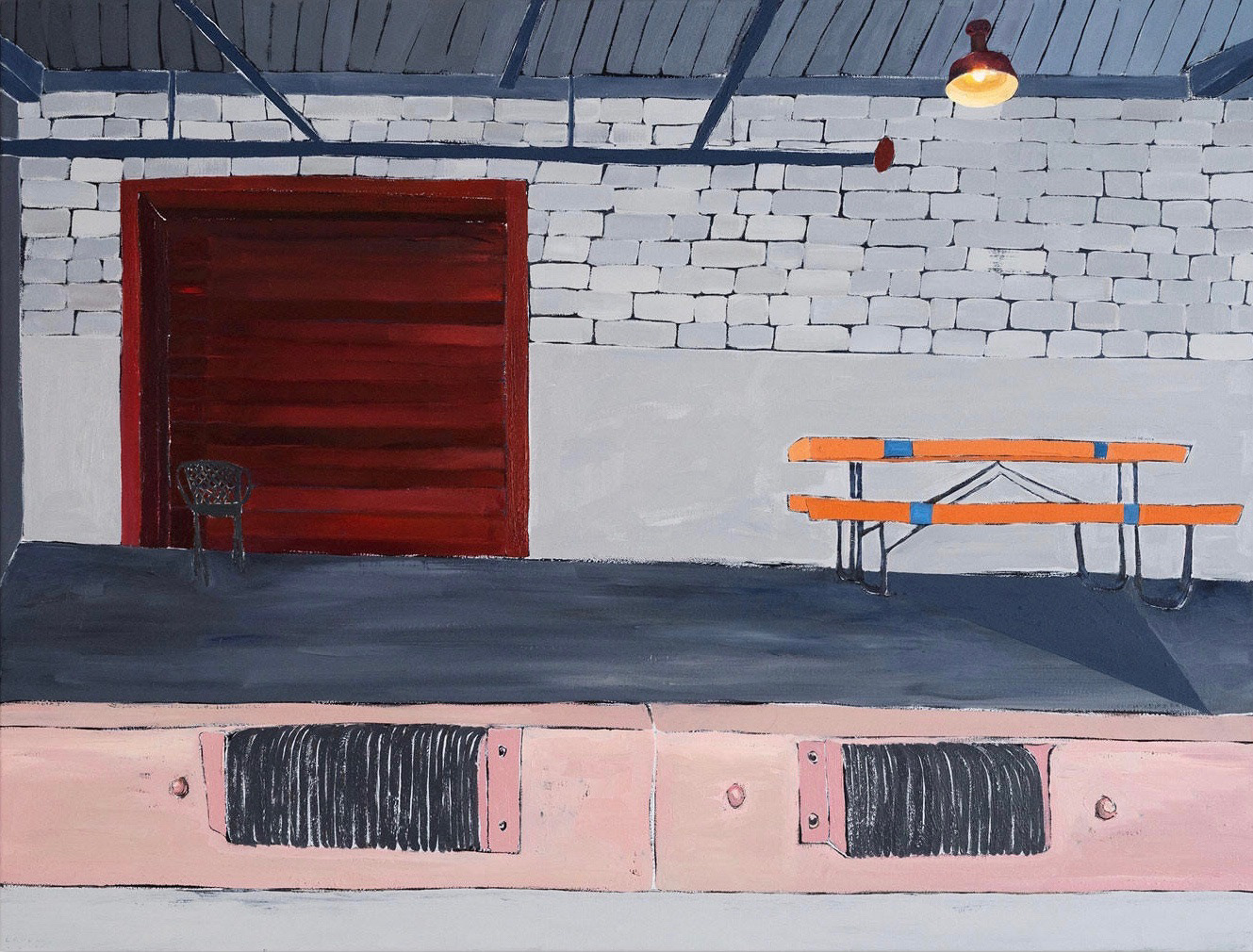